Did you know that the delicious crêpe originated in Brittany? If you’ve been on holiday in the region you’ll no doubt have tried a crêpe or two. They’re pretty irresistible!

The best thing is that they have you covered for sweet and savoury! Have you tried a galette before? They’re usually filled with melted cheese, meats and potatoes. Galette for main, crêpe for dessert – anyone else think that’s the perfect meal?

As lots of people start flipping pancakes this evening, we thought we’d look back upon the humble Breton beginnings of this fantastic and simple treat! 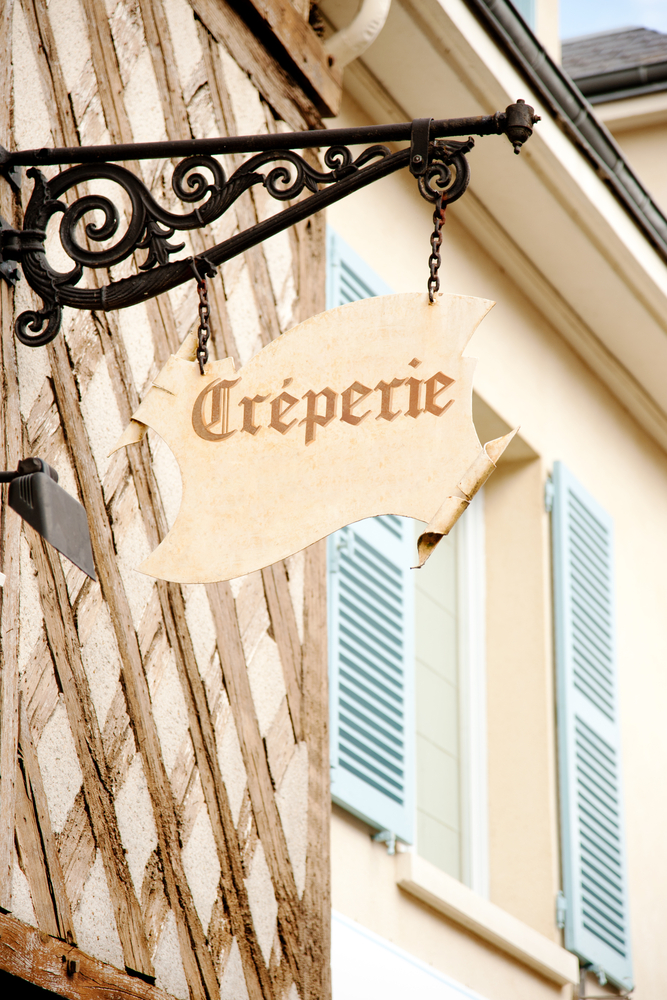 The crêpe began life as a savoury dish known as a galette – translated as flat cakes – created from Buckwheat, an ingredient introduced to Brittany in the 12th century. Easy to grow, buckwheat was far more affordable than white flour which at that time was regarded as a luxury fit only for royalty. The Breton Galette is today still a name you’ll see on Crêperie menus.

It wasn’t until the turn of the 20th century that the more familiar white flour crêpes became popular. These pancakes were every bit as thin as the galettes before them but were a lot softer thanks to the eggs, milk and butter used to make them – ideal for sweet fillings, perfect for breakfast or as an after-dinner treat.

Brittany locals are proud to claim that there are more crêpe recipes than church towers in the region. In Northern Brittany it is thought that galettes are cooked in a pan on one side only, while in Southern Brittany the buckwheat batter was spread thinly over twin flat stones on the fire. If you enjoy cooking, you might be able to pick up specialist pans in Brittany so you can perfect your crêpe making when you get home!

The pride of Brittany

A traditional Brittany crêpe is spread with a bit of caster sugar and rolled into a big cigar shape, or folded in four, while savoury galettes are mostly served with salty fillings like eggs, ham, cheese, sausages or seafood. They’re particularly delicious when washed down with a cold glass of Breton cider.

Whether you’re enjoying a sweet pancake or a savoury galette this evening, bon appétit!

Keen to try the authentic crêpes and galettes out for yourself? Canvas Holidays has some fantastic campsites in Brittany.